What is the director’s Vision?

How to Write a Director’s Statement?

There are 2 steps to take before working on your director vision statement:

When you write your vision you need to explain why you chose to do that film and what is it you want the viewer to feel while watching your movie. It will also have an impact if you’ll write the story behind the creation of this film including your inspiration for it.  Anyway, before you write your vision, it is recommended to check some director’s vision statement examples. There are millions on the net.ing

Find your film director’s vision through the movie’s theme

The film director has to be an expert on portraying a message. The first step should be to understand your theme or the premise. The theme of the movie is what this movie all about in one or two sentences. It is the premise of the film. For example, the movie Back to the Future is dealing with changing your future, but it is not the central theme of the film. It is not the subtext of the film. The subtext in the movie is “true love is stronger than love out of mercy.” In Little Shop of horror, the story is about a deranged and murderous plant, but the subtext of the story (The theme) is about capitalism in the modern world.

“The reason it’s important to have this (the theme) is that most of the time what a director really does is make decisions. All-day long: Do you want it to be long hair or short hair Do you want a dress or pants? Do you want a beard or no beard? There are many times when you don’t know the answer. Knowing what the theme always helps you. “ Francis Ford Coppola

So this is what you’re probably asking now:

How to understand your theme and vision?

If you’ve read the article, Before You Choose Any Film School, you already know that you are in the movie business, because you have something to say. The director’s vision is a political argument or a philosophical idea that reflects the personal point of view of the director. The director’s point of view is something no one can copy, and you also cannot be copied from elsewhere.

So how do you find your vision?

If you want to deepen your knowledge on the subject, there are two books that are recommended reading. The first one is Master Shots Vol 3: The Director’s Vision: 100 Setups, Scenes and Moves for Your Breakthrough Movie. This book reveals the secrets and techniques behind each one of the best shots, moves, and set-ups in the filmmaking industry. Every film school needs to teach it – Simply go out and practice each shot you read about. This book will also help you later on when you’ll need a creative boost. The second book called  The Director’s Vision: A Concise Guide to the Art of 250 Great Filmmakers. The book contains 250 examples from the best Hollywood movies for using the director’s vision through visual style

Pro tip: The important elements to pay attention to when you work on your theme throughout the film are the moral of the story, the smaller themes in the script and the subtext throughout the script 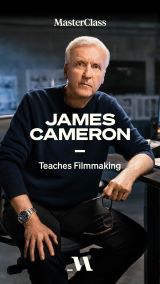 Why Do You Need a Director’s Vision?

Sticking up to your vision

It is very important that once you find your vision, you’ll stick to it. Sometimes you might find a lot of pressure to change things in a way that’s against your vision (usually from the production company), you have to make the decision of how much you want to sell from yourself, in order to make that film. Here is  to sum it up:

“Trust yourself so that the mistakes you make are the ones you’ve made and not something you’ve made because you were afraid to do what you wanted to do. Own your mistakes, then you can own your successes. Try to be as good a listener as you are a speaker. Don’t just put the emphasis on saying things. Listen!” Jennifer Lynch