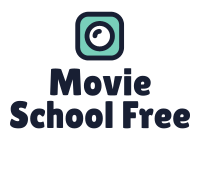 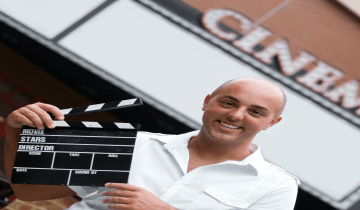 Want to know How to produce a film? How to make a low budget film? Then this free film production course is for you. Production is really the business behind the film. The producer’s job is taking an idea and making it filmed. The film producer needs to control all the departments right from the beginning up to the very end. He needs to have a good people skills and also to understand the technical world of cinema, like the great producer, Richard Zanuck once said: “The producer is like the conductor of an orchestra. Maybe he can’t play every instrument, but he knows what every instrument should sound like”. In this free producers course you will learn all of the producer’s craft.

Make a Low Budget Film
In this film production lesson, I give you a few proven low budget film tips for lowering the budget of the movie production. Saving money is the struglle the producer is going to have through all the production stages. Here you’ll learn how to save money in locations, crew member, actors and more.
11 Tips for Film Production
The producer is like the film’s production leader. He needs to deal with all the creative and technical stuff in the production. In this lesson from movies school 4 free, I’ll give you some tips to guide you and will help you to get your first steps into the filmmaking business…
The Production Film Crew Members
In this film production class lesson, I will review some key members in every film crew production that work directly with the film producer. The film producer must insist on having these crew members working with him to make the process of the production run smoothly.
Tips for Casting Auditions
This is an important pre-production lesson with some tips for casting audition. There is nothing worse than getting stuck in production with a bad actor and this film school lesson will help you to prevent that.
Producer's Script Breakdown
Your first job as a producer is to be realistic about your script. You’ll have to understand what kind of budget you’re going to give it. To do that you’ll need to break down your script.
The Film Production Package
Film finance is a very time-consuming process. The film financing process starts with creating a marketing film package for your finances. In this production lesson, I’m going to tell you how to create a marketing film package that will help to finance your film.
Pre-Production- Step By Step
This is a very important lesson for all filmmakers of this free online film school. Pre-production is the planning and preparation stage of the production. Failing to do this stage right, will ruin your film. In this lesson I post some important tips and things to pay attention to in that stage.
Post-Production - Step By Step
Post-production is everything that happens to the making of the film after you shot it. You need to take care of the editing of the film, the soundtrack, the sound design and color correction. In this production lesson, I will give you some great tips as for how to do that.
This website uses cookies to improve your experience. We'll assume you're ok with this, but you can opt-out if you wish. Cookie settingsACCEPT
Privacy & Cookies Policy

Any cookies that may not be particularly necessary for the website to function and is used specifically to collect user personal data via analytics, ads, other embedded contents are termed as non-necessary cookies. It is mandatory to procure user consent prior to running these cookies on your website.